Even seemingly-benign over-the-counter medications can cause harmful effects if taken in excess. Overdoses can be fatal, especially with strong prescription medications or illegal drugs involved.

When you suspect a drug overdose, you may know what drug the person was taking—or you may not be sure. Often, an overdose patient will either be unconscious or will not be fully cognizant of their surroundings. Because of this, it’s important to know the general signs of drug overdose and what to do for first aid in most situations. 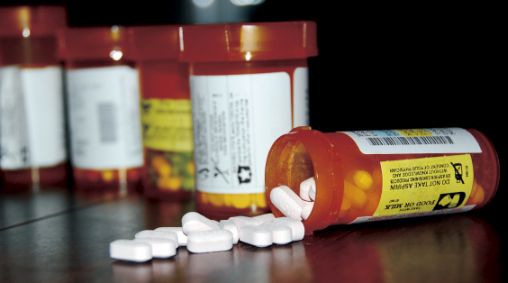 General symptoms of a drug overdose include:

If you believe the patient has overdosed, take the following steps:

Check the patient’s alertness level. Reassure them if they are awake. If they are unconscious, turn them on their side to prevent them from choking on their vomit. Do not leave the patient alone.

Bear in mind that with some drugs, patients can become aggressive and agitated. Try to keep the patient calm. If the patient becomes dangerous and is too large to be safely restrained, it may be necessary to call the police.

Find items to help with treatment. You will need to know what drug was taken, when, how much, and by what method. If the patient is not awake, you may need to locate drug containers, syringes, needles, and other items.

Remove unnecessary clothing. Some drugs cause the patient to quickly overheat. If that occurs, remove clothing to expose skin to the air and cool it down.

Call 911 or your emergency response number. Never wait to see if the overdose will wear off, and call even if the person seems not to be experiencing overdose symptoms. Some effects of an overdose are insidious and don’t present themselves right away.

Questions You May Need to Ask

It’s essential to find out what drug or medication the patient was taking. If the patient is awake, ask them—but do it quickly, as they may pass out. If they are already unconscious, you will have to find the pill bottle.

Here are the questions the emergency response staff or dispatcher will most likely ask.

Don’t put the person in the shower. This is a common reaction in movies and on television, and it’s understandable—frequently, people get into the shower when they don’t feel well. However, in the case of a drug overdose, it’s a bad idea.

Even if the person seems okay, a large temperature change could put them in shock. If they are alone in the shower, they could also become unsteady or faint and fall. The shower or bathtub isn’t a safe place to experience a fall.

Don’t let them sleep. It isn’t necessarily dangerous for a person who overdosed on drugs to pass out. However, keeping them awake means it will be easier to monitor their condition. If the patient is awake when medical help arrives, they can inform the emergency responders on their condition, tell them what drugs were taken, and keep everyone apprised of changes in how they feel.

If the patient really needs to pass out, you won’t be able to stop them. However, if they do pass out, that usually indicates a worsening condition.

Don’t try to make them throw up. It can also be tempting to try to get the person to regurgitate whatever drug they took, if they took it orally. However, that’s usually not a good idea. Not only does it usually not work, but the person can choke on their own vomit.

Don’t wait for the drug to wear off. It’s never a good idea to just wait for a drug overdose to wear off on its own. Call an ambulance immediately.

Don’t try to feed the patient. Especially if you aren’t sure what they took, it’s not a good idea to try to make the patient eat. Some foods can have adverse effects. In particular, don’t give them drinks with caffeine, such as coffee or soda, and avoid giving them alcohol.

Don’t leave the patient alone. It’s never a good idea to leave someone alone who has overdosed on drugs. Stay with them, monitor their condition, and provide help as needed. You may need to leave the room momentarily to find the medication bottle or call for medical assistance, but don’t stay out for long.

Don’t put yourself in an unsafe position. Some drugs make patients violent and aggressive. Don’t try to reason with or restrain a violent person; you could wind up hurting the patient or getting hurt yourself. Instead, call the police or medical help immediately.

How to Use Narcan 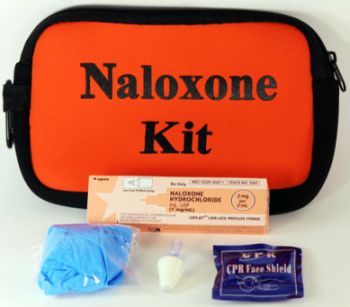 Opioid drug overdoses deserve a separate section in this article, because of the introduction of Narcan (sometimes referred to as “Naxolone”) for use by laypeople as well as emergency medical personnel.

Heroin is an opioid. So are many legal, widely used painkillers. These painkillers may be addictive for some patients, even when used for their prescribed purpose; it is not unusual for injured, elderly, or infirm patients with chronic pain to become addicted as their prescription runs out and their pain continues (more here about first aid for elderly adults). Recreational use of prescription painkillers is also common, often at unsafe amounts. Vicodin, Percocet, OxyContin, and morphine are all legal opioid painkillers. Some opioids, such as Lomotil and codeine, are prescribed for things as mild as diarrhea and coughs.

Because opioids are so likely to be in the home, approximately 30 states nationwide now have overdose prevention programs that involve providing Naloxone to laypeople and training them to use it. As such, it’s important to learn to recognize the symptoms of opioid overdose—and distinguish them from the symptoms of a normal high.
Symptoms of an opioid overdose include:

Naloxone comes in injectable and nasal spray form. The injectable form comes in a kit that includes two auto-injectors as well as a dummy device you can use to practice.
If you suspect someone is overdosing, here are the steps to follow:

If you have the injectable version:

If you have the nasal spray version:

The Naloxone should kick in after approximately 3-5 minutes. If it doesn’t, deliver a second dose and continue rescue breathing.

When the Naloxone takes effect, the overdosing patient should start breathing more normally and may regain consciousness, or it may be possible to wake them up. However, Naloxone only lasts for about 30-90  minutes. If the body hasn’t processed all the opioids by then, the overdose symptoms may return. Even if the patient seems to be recovering after the Naloxone, it is still important to call emergency services.

A drug overdose can be terrifying for everyone involved—including rescuers and the patient. Never hold off on calling 911, and if you live with or are close to a person who uses opioids, get and learn to use Naloxone if your state permits it. In addition, know the general signs of drug overdose and first aid. If you do, you could be in a position to save a life someday.