Everything You've Ever Wondered About the Heimlich Maneuver

Think about something you were eating went down “the wrong tube.” Often, this results in a fit of coughing that lasts until the piece of chicken or Chow Mein is expelled—it’s embarrassing, but hardly a medical emergency.

That’s the bad news. The good news is that it isn’t hard to save the life of a choking victim. The Heimlich maneuver is surprisingly simple to perform. You don’t need to be a medical professional—and it takes just minutes to learn how. It also has an extremely high success rate, among children and adults alike; according to an AHA report, approximately 70-86% of choking victims recovered after receiving the Heimlich maneuver.

How to Perform the Heimlich Maneuver 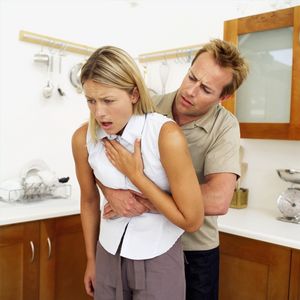 Administering the Heimlich maneuver is simple and almost anyone can do it. Here are the basic steps:

You can also perform the Heimlich maneuver on yourself. Simply place the thumb side of your fist above your navel and below your ribcage; wrap your other hand around it; and thrust upward quickly and repeatedly.

For added strength, you can also bend over a chair, table, or counter at waist height. Place your fist against your chest, wrap your other hand around it, and lean over the edge, putting increased pressure on the place where your fist meets your chest until the object is expelled.

The technique is slightly different if you are performing the Heimlich maneuver on a pregnant woman or an overweight person. In both cases, place your fist a bit higher, just at the breastbone where the ribs join. 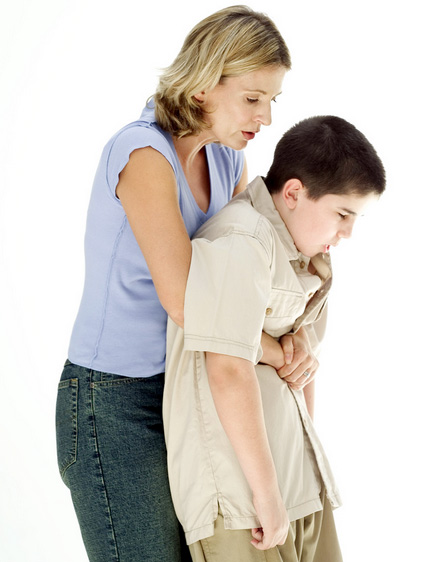 For children over one year old, the process is similar to that of adults. You may have to kneel for smaller children, and you’ll need to place your fist just above the child’s belly button. You should not deliver as much force to a child as you would with an adult; don’t thrust hard enough to lift the child off her feet. 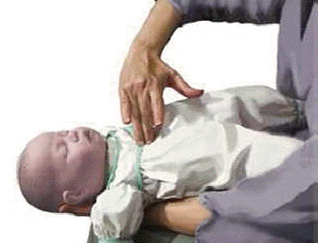 For babies younger than a year old, place the baby face-up on a flat surface. Put two fingers in the center of the baby’s breastbone just below the nipple, and give a series of five fast thrusts.

The American Red Cross recommends that the rescuer give five sharp back blows with the heel of the hand, followed by five abdominal thrusts. This is true both for adults and children. Babies should be placed face-down on the forearm, angled downward, for the back blows. Be careful to support the baby’s head as you do this.

History of the Heimlich Maneuver 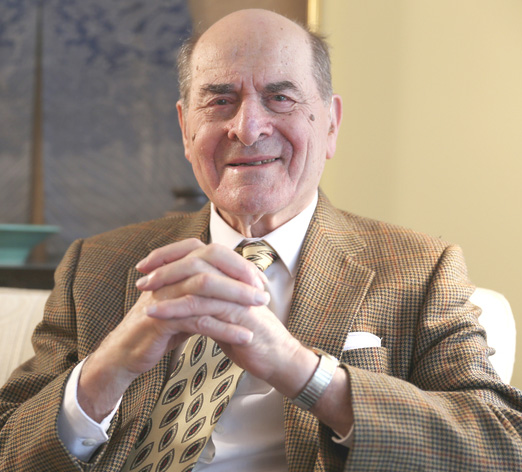 The Heimlich maneuver was invented by Henry Judah Heimlich, a thoracic surgeon born in 1920. Up until the 1970’s, most people responded to choking emergencies by slapping the victim on the back. This wasn’t a very effective technique, however, as it usually just forced the foreign object farther down the airway. At the time, choking was the sixth most common cause of death in the United States.

Dr. Heimlich was looking for a better way to respond to choking emergencies—one that anyone could use. In his first experiments, on dogs, he discovered that if he applied upward pressure on the diaphragm, it created a strong current of air that shot the foreign object out of the dog’s throat. The maneuver works because the upward thrusts have the effect of compressing the chest cavity, forcing air out of the lungs. It is this sudden force of air that dislodges foreign objects, rather than the pressure of the thrusts themselves.

The Heimlich maneuver was intended not just for medical professionals, but also for non-medical bystanders. The reason for this is that choking robs the brain of oxygen, which can cause brain cells to die in minutes. Often, there isn’t enough time for a medical team to arrive before irreversible brain damage occurs. This is much the same for victims of cardiac arrest, and why bystander CPR is so important to survival for these victims. In both cases, speed is essential to saving victims’ lives.

Because he wanted to get the word out quickly, Dr. Heimlich contacted the popular press. He attracted the attention of medical reporter Arthur Snider, who agreed to cover the new development in the medical column he authored for the Chicago Daily News for a general audience. Just a week later, a newspaper in Seattle reported what could have been the first life saved via the Heimlich maneuver. Soon accounts of the Heimlich maneuver’s successful use in saving the lives of choking victims had been published in newspapers all over the country. The technique was working—and people with no medical training were finding success in helping choking victims.

Dr. Heimlich’s career has been both illustrious and controversial. In more recent years, he damaged his credibility by publicly promoting some ideas that were not supported by the medical community at large, such as treating drowning victims with the Heimlich maneuver and treating Lyme disease, cancer, and HIV patients by purposely infecting them with malaria.

Despite the controversies, however, Dr. Heimlich has developed a technique that has been instrumental in saving the lives of choking victims all over the world. The Heimlich maneuver is very effective and easy to learn—and could help you save a life one day.