Can You Be Sued for Performing First Aid?

Picture this: you’re at a child’s birthday party. One of the children starts choking on a piece of cake. Remembering your first aid training, you immediately leap in with the Heimlich maneuver. The child makes a full recovery.

Sounds like a happy ending—until the parents charge you with assault and battery. It turns out the child suffered some minor scrapes and bruises during the Heimlich—and you never got the parents’ permission to deliver first aid.

Can it happen? The truth is that in our litigious society, you can be sued for anything. The question is whether or not the suit will be successful. Here’s a look at the law when it comes to delivering first aid treatment as a bystander.

State and local governments have an interest in protecting bystanders who give first aid —because an environment where these bystanders are likely to face charges can have a chilling effect on anyone stepping in to help in a true emergency.

However, it’s also important to protect victims from untrained bystanders who behave in reckless ways to deliver care that they aren’t trained to provide, or who make serious mistakes in judgment that result in further injury to the victim.

Many countries, including Canada and the United States, have Good Samaritan laws that serve the purpose of protecting bystanders—and defining what is and isn’t appropriate help. These laws vary by state and country, but here’s a look at the general guidelines:

In some areas, such as in Quebec and the US states of Vermont and Minnesota, bystanders are legally required to help as they are capable, as long as it doesn’t involve putting themselves in danger.

There are some exceptions to this: those with a caretaker relationship (as mentioned above); and, in some cases, businesses are required to have someone on staff who can provide first aid to patrons on their premises.

The rescuer can’t leave. Once they begin giving aid, the provider can’t leave the victim except under the following circumstances:

Usually, good faith and common sense will protect you. Bystander first aid providers are not to be held legally responsible for the death, disability, or disfigurement of the patient as long as they acted rationally, in good faith, and at their level of training.

If you act above your level of training—by trying to perform an impromptu tracheotomy on a choking victim if you are not a trained surgeon, for instance—you may be held liable for resulting damages.

Bystanders who acted recklessly may not be covered under Good Samaritan laws. For instance, suppose a rescuer pulls a victim out of the wreckage of a car crash without waiting for emergency medical personnel to arrive. There is no impending peril—nothing is on fire—but the rescuer acts anyway.

However, the victim has a spinal injury. The rescuer doesn’t take proper precautions to stabilize the victim’s neck beforehand, and the victim is paralyzed. In cases like this—when the bystander did not wait for emergency help and the paralysis was clearly caused by the rescuer and not the accident—the bystander might be held liable for damages. 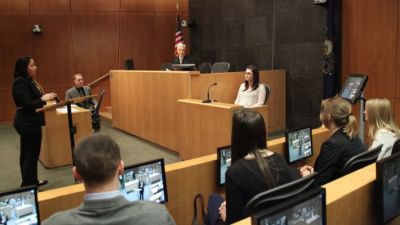 The Charge of Negligence

It is unlikely that rescuers will be charged with negligence—although it is possible.
To be charged successfully, the following conditions need to be met:

You have a duty of care to the victim. In most cases, a duty of care relationship is one where you are responsible for the well-being of the victim; such as a parent or teacher to a child, or a doctor to a patient. However, once you begin first aid, a legal duty of care is sometimes judged to exist, even if there is no prior relationship.

You did not provide the adequate standard of care. The “standard of care” is vague. Upholding it generally means doing what any reasonable person with the same level of training would do in your situation.

Courts will sometimes try to determine whether the rescuer provided substandard first aid by making obvious or gross mistakes; behaved irrationally; or tried to provide care that they did not have training for.

Causation. Proving causation means proving that any resulting injury or death was the rescuer’s fault, and that they resulted in specific damages. 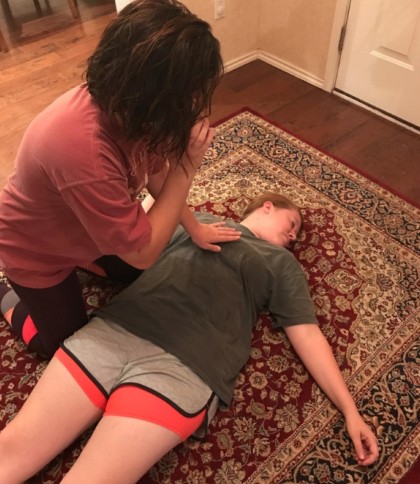 The Issue of Consent

In most cases, the bystander must have the consent of the patient or the patient’s legal guardian to provide first aid. Without it, you may leave yourself open to charges of assault and battery. This sounds frightening; however there are a few important stipulations that apply in certain circumstances. For instance:

When consent is not possible. When the victim is physically or mentally unable to give consent—when they are unconscious, intoxicated, or delusional, for instance—the consent is usually considered “implied.”

Sometimes it’s not clear whether the victim is able to give consent—they seem both delusional and lucid at different times. In these circumstances, the rescuer has to make a judgment call.

When the patient is a minor. In most cases, a parent or legal guardian has to provide consent before a rescuer can deliver first aid to a minor. However, if that person isn’t present, the child is presumed to have implied consent.

In some situations, an abusive or negligent parent or guardian may refuse to give permission for a rescuer to provide first aid. In these cases, the rescuer may feel like withholding that care is morally indefensible—and the courts may agree.

We are not lawyers—and we cannot give explicit legal advice. However, most people delivering first aid will likely be protected from most legal consequences, even if the outcome isn’t good, as long as they acted reasonably, prudently, and in keeping with their training.

CPRCertified Can You Be Sued for Performing CPR?