What Is Agonal Breathing?

Agonal breathing is a distinctive type of respiration that occurs during serious medical emergencies. If the underlying cause is left untreated, agonal breathing (or agonal respiration) is a sign that the patient is about to die.

If you’ve ever seen it before, you wouldn’t soon forget it. Agonal breathing bears little resemblance to normal breathing. It is gasping and labored, and may include snorts, moans, or other strange vocalizations. Agonal breathing may only go on for the duration of a few breaths, or it could last for hours.

The symptoms may depend on the underlying cause, but the general signs are:

People undergoing agonal breathing are typically not conscious; or they may lose consciousness during the breathing. The breaths often grow farther apart as they progress. 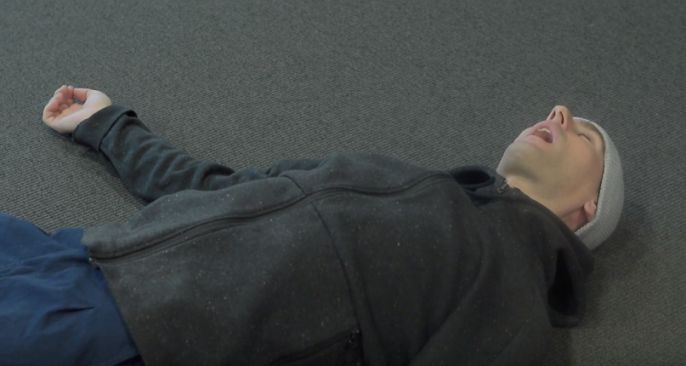 Agonal breathing isn’t the same as normal breathing. It’s a brain stem reflex that occurs when the body’s tissues are depleted of oxygen-rich blood—usually because of a stroke or a problem with the heart.

Some of the severe medical emergencies that may result in agonal breathing include:

If you ever find yourself in a situation where you’re delivering CPR to a victim of cardiac arrest, you may encounter agonal breathing. It’s fairly common, occurring in approximately 40% of out-of-hospital cardiac arrests. Most cardiac arrests occur outside a hospital, and victims who get CPR from a bystander—even one without medical training—are much more likely to survive.

During cardiac arrest, agonal breaths may continue for several minutes after the heartbeat has stopped.

Agonal breathing is also sometimes equated with the “death rattle.” Although they both occur at or near death, they’re also not the same thing. The term “death rattle” refers to a gurgling sound that sometimes occurs when saliva or mucus build up in the chest while a person is dying.

What to do in cases of agonal breathing

If someone near you collapses, undergoes twitching or seizure, and begins to gasp, moan, snort, and breathe in a labored way, they need immediate medical treatment.

CPR works because it’s a method of manually circling blood throughout the body, providing tissues with crucial oxygen and buying time for emergency responders to arrive. Without CPR, the patient will have only minutes before brain damage and death occur.

If the underlying cause is cardiac arrest, the victim may be helped by an AED—or automatic external defibrillator. This is a device that gauges the electrical activity in the victim’s heart and delivers an electric shock, carefully calibrated to restore normal rhythm to the heart.

Once they arrive, emergency medical responders can assess the situation, determine the underlying cause of the breathing, and administer treatment to keep the patient stable until they can get to a hospital.

It should be noted that agonal breathing is not a cause of death in and of itself.

The underlying cause is usually something like cardiac arrest or ischemic stroke, and the patient’s chances of survival depend on a number of factors—such as their existing state of health and any underlying medical conditions, their age, and how quickly they get help.

Cardiac arrest usually occurs outside of a hospital—more than 88% of the 395,000 cases that occur each year happen in someone’s home. The survival rate (depending on which statistics you’re looking at) may be as low as 6% or even less. But it tends to go up significantly if the victim is lucky enough to receive CPR from a bystander very quickly after collapse.

Ischemic stroke is a bit more survivable in the short term—some studies have shown a 60% survival rate after one year—but the number goes down to 31% after five years.

Survival rates for stroke also depend on a variety of factors, such as the age of the victim, whether this was their first stroke, how much time passed before the victim received medical attention, and other underlying health conditions.

Other causes of agonal breathing have different survival rates. Hemorrhagic stroke has a 30-60% survival rate, for instance. But among those who survive, approximately 50% die within the first month after the stroke, and many who survive have permanent neurological damage.

These numbers look grim, but agonal breathing doesn’t necessarily mean death is unavoidable. It does mean that the victim is in the throes of a very serious medical emergency, and needs immediate help. Regardless of the underlying cause, the quicker the victim can receive medical attention, the better their chances of recovery.

If you ever see someone breathing in this way, it’s crucial to get them help fast. Luckily, the steps are simple. Call 911, and then perform CPR until emergency responders arrive. If you do that, you just may save a life.