CPR a Decade Ago vs. CPR Today: What’s Changed

@cprcert Instructor was very good as well as videos. https://t.co/gushdG7VJR
Posted 2 Days Ago

@cprcert It was thorough and smooth. https://t.co/RgNGguaC01
Posted 9 Days Ago

@cprcert It was straight to the point and quick delivery https://t.co/7so0XUJEwQ
Posted 11 Days Ago

CPR guidelines are re-examined and updated every five years, and the past ten years have seen some major changes in the way the skill is both taught and performed. That means if you got your certification a long time ago, chances are the CPR you learned then is not the CPR you would learn today.

Surprisingly enough, CPR is simpler and easier to perform now—in addition to being more effective overall, because of new scientific advances and understanding in the medical community of which parts of the process are the most crucial to patient survival. Here’s an overview of what’s different in CPR classrooms today from those a decade ago.

You’re never encouraged to give up

At one point, CPR was considered futile past a certain point. But there have been a handful of documented cases of people recovering after very long periods of CPR—perhaps the longest known case was a person who revived after 96 minutes. So don’t stop delivering those chest compressions until help arrives and medical professionals can take over, even if it takes a long time.  Every halt in chest compressions is a halt to blood flowing into the brain, which can reduce a patient’s chances of survival. 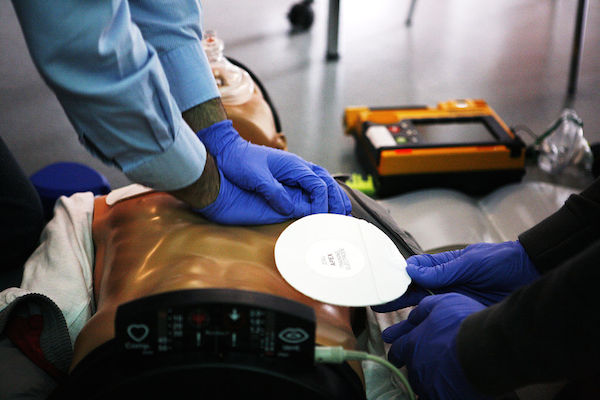 The steps are in a different order

In 2010, the American Heart Association released new guidelines suggesting that the order when specific steps occur in CPR should be changed. In older CPR classrooms, you might be instructed to go along with A-B-C—first you clear the victim’s airway, then you apply rescue breaths, and only afterward do you deliver chest compressions.

Today, chest compressions happen first—before anything else. These have been shown to be the most important in saving lives for victims of cardiac arrest.  Sometimes a new order is taught—C-A-B—that advocates chest compressions, then airway, then rescue breaths.

Rescue breaths are a thing of the past

For medical professionals and those going for more advanced certifications, rescue breaths are still important. But for non-medical professionals, the American Health Association no longer recommends you even administer rescue breaths. This keeps the focus on chest compressions—much more important in saving victims’ lives—and makes it easier for people giving CPR to remember the steps.

Studies show that non-medical professionals are more likely to remember the steps to CPR and step in during an emergency situation if the steps are as simple as possible—one reason why rescue breathing has been eliminated. This new measure also eliminates the worry some bystanders might have about exposing themselves to communicable diseases by delivering rescue breaths. Getting rid of rescue breathing also means rescuers can get to the chest compressions faster—which raises the patient’s chances of survival.

The ratio of compressions to breaths is different

Compressions circulate blood flow to the brain—lack of blood flow is what kills a sudden cardiac arrest victim. Today, most medical professionals and the American Heart Association believe that it’s better to circulate even blood that isn’t fully aerated to the brain, rather than aerating the blood and not delivering it fast enough. Put another way, every pause in chest compressions is a pause in blood flow to a victim’s brain—and every pause is an opportunity for the patient’s health to crash.

“Look, Listen, and Feel” is out the door

In the past, you might be taught to “look, listen, and feel” before calling 911 to try and determine whether there’s a problem. These days, instructors want you to start in on CPR as soon as possible—and every second counts. Students are usually instructed in contemporary classes to call 911 the instant they realize there’s something wrong; better to have to send back the ambulance because the victim is actually fine than to have it arrive just a few seconds too late.

The American Heart Association used to recommend that rescuers push one and a half to two inches into the chest on each compression. Now, the accepted depth is at least two inches—maybe more. This is more than it seems, and it results in vigorous compressions that might break ribs on a full-grown adult. Still, the American Heart Association believes saving a person’s life is more important than a few cracked ribs.

This is perhaps the best argument out there for recertification—if you learned a while ago, chances are that not only do you not retain the skills well enough to be confident using them in an emergency, but the guidelines have changed as well—making CPR both easier to administer and more effective. Still, if you haven’t recertified, this isn’t meant to encourage you not to deliver CPR the way you already know how to if you are ever in an emergency situation. Studies are clear on this point as well: when it comes to CPR, any kind is better than none at all.